The day before, he had written his wife:

We were scheduled for a mission tomorrow, but I told the operations officer that maybe he’d better take us off, for I still have a cold and my head is stopped up. I figure if I stay down tomorrow and then go on pass, I should be over it. Of course, going to London, probably won’t help it, but I plan on taking it easy there. Darling, I’ve been thinking that if I do miss going home by 2-3 missions, then I’ll never forgive myself for not pressing myself in getting more missions in. But I don’t want to fly if I have a cold. 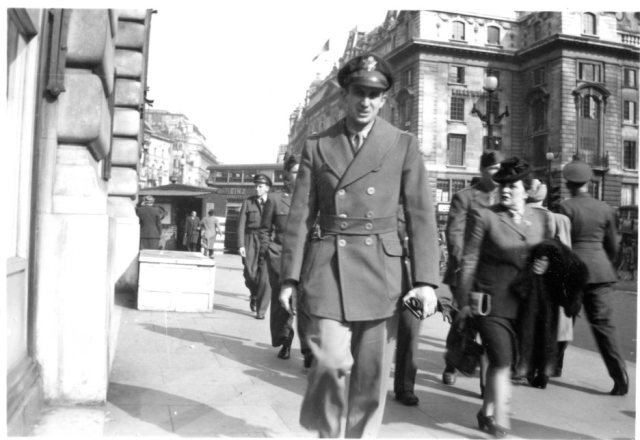 The last combat mission flown by the 392nd Bombardment Group (H) in the ETO occurred on April 25 when it attacked the marshaling yards at Hallein, Austria. Ken’s last mission was on April 17.

The air war for the heavy bombardment groups is slowly winding down, but in Europe the war rages on. As the Front moves forward, the Allies are having to come to terms with Germans and Germany.2

Blackout restrictions are to end this coming Monday, April 23, 1944.3 They had been in place since September 1, 1939. Nights had been without light for almost five years.